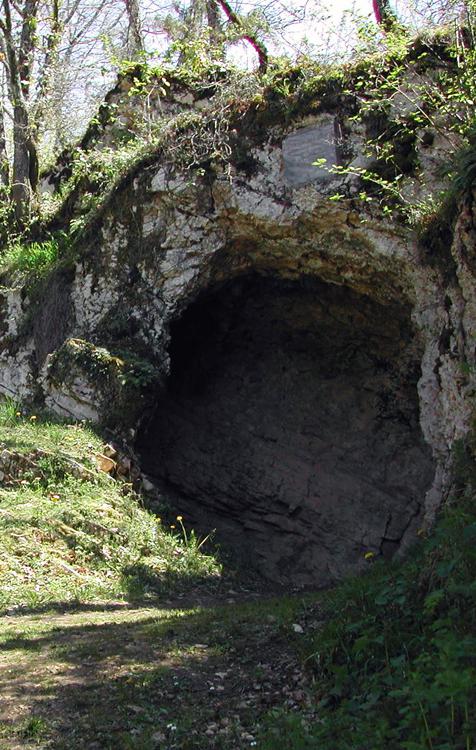 The prehistoric shelter of Aurignac

A FORTUITOUS DISCOVERY... OF GREAT SIGNIFICANCE!

In 1852 Jean-Baptiste Bonnemaison, a quarry worker from Aurignac, was paving a road when he accidentally discovered  what appeared to be an ancient shelter, covered with vegetation and hidden behind some rocks. When he investigated the interior he was intrigued to find a large animal bone. Then, tucked behind a stone slab, he found several skeletons and the teeth of large mammals.

The discovery was reported to palaeontologist Edouard Lartet, who in 1860 travelled to Aurignac and began an exploration of the shelter. His excavation uncovered an archaeological treasure trove: cut flints, carved reindeer antlers, remains of a dwelling and the bones of extinct fauna, including cave bear, mammoth, cave hyena and woolly rhinoceros.

This significant discovery had a double scientific impact for Lartet. It allowed him to demonstrate the geological antiquity of mankind, and made a major contribution to the development of a new emerging discipline: Prehistory.